The Pure Heart by Trudi Tweedie

Iseabail, a young girl from a Hebriden island, is employed as the companion of a rich merchant's daughter on the mainland. The position promises her wealth and education, but it may cost her far more than that.

I have such mixed feelings about this book. And they've mostly surfaced since I finished reading and began thinking about it; while I was reading it I was caught up in the story and not really thinking about the implications.

Let's start right at the start. On Iseabail's island, situated somewhere in the Hebrides, men are in charge and women have no say in anything. They can't even approach men in conversation. So far, so normal. But this aspect is never brought up again. Once she leaves the island, no one treats her with anything less than respect. The men have taught the women that it takes days in a boat to get to the mainland, but Iseabail doesn't seem too surprised when they reach it on the second day of her trip. There's no thoughts about how she's been lied to, not even a note that this boat must be very fast.

The blurb says she's disturbed by, in order, the hidden chapel, the foreign language speaking servants and the mute stableboy. None of this is born out in the text. She's surprised by the chapel, briefly annoyed that she can't communicate very well, and intrigued by the stableboy.

I don't want this come across as if I hated the book. I enjoyed it very much while I was reading it. It's when I set it down to think about it that the problems set in. I'm going to guess that Trudi enjoyed Misty comics as a child, or maybe The Twilight Zone, as the ending is very much in that style. But I hope there's a second book, as I'd love to know what, if anything, happened next. 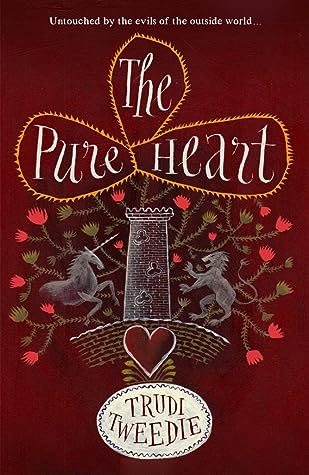 When Iseabail is employed by a wealthy merchant to be his daughter's companion, her life changes forever. Transported from her remote island home to the Scottish borderlands, Iseabail is unnerved both by her precocious young charge and the house's secrets: a hidden chapel, servants who speak in a foreign tongue, a mute stableboy. And then the merchant returns with a mysterious cargo. Why has Iseabail really been summoned here? And will she ever make it back home?
Posted by Friendly Neighbourhood Bookseller at 10:00