Welcome to this week's #BookBirthday post! Three books this week from our review lists. Next week is the big one!

Email ThisBlogThis!Share to TwitterShare to FacebookShare to Pinterest
Labels: BookBirthday

A timely feminist YA novel in verse about periods, sex, shame and going viral for all the wrong reasons.

BLOOD MOON is a YA novel about the viral shaming of a teenage girl. During her seminal sexual experience with the quiet and lovely Benjamin, physics-lover and astronomy fan Frankie gets her period – but the next day a gruesome meme goes viral, turning an innocent, intimate afternoon into something sordid, mortifying and damaging.

Read more »
Posted by Friendly Neighbourhood Bookseller at 17:34 No comments:

Congratulations to Shari Nichols on the release of her latest Ravens Hollow Coven novel, Midnight Temptation! Read on for an exclusive excerpt and a chance to win a $25 Amazon gift card!

At the End of the World by Charles E Gannon 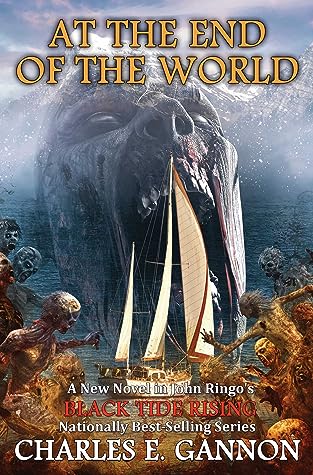 CASTAWAYS IN A ZOMBIE PLAGUE

Six kids ranging from suburban geeks to street-smart pariahs. A British captain who rarely talks and never smiles. All on the 70-foot pilot house ketch Crosscurrent Voyager, bound on a senior summer cruise to adventure and serious fun.

Except most of the kids don’t get along. And they’ll be gone all summer. And none of them have sailed before. And worst of all—because they booked at the last minute—they got the destination nobody else wanted: the frigid and remote South Georgia Islands.

But there’s one other hitch: They’ll never see their families or friends again. Because just days after they leave, a plague starts spreading like wildfire, turning most of its survivors into shrieking, cannibalistic rage-monsters. So with their past dying as fast as the world that shaped it, the kids’ hated destination becomes their one hope for survival.

But it’s an uncertain hope. Not only are other hostile survivors headed there, but South Georgia Island is unable to support permanent habitation. So if the strange crew of the Voyager doesn’t come up with a further plan, they are—in every sense—heading straight toward the end of the world. 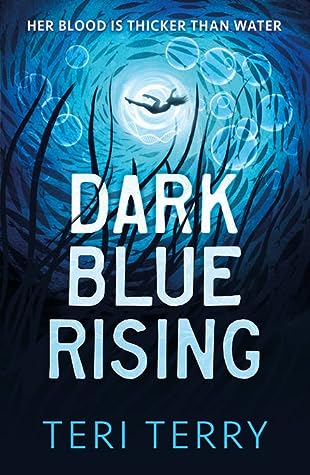 Tabby lives a transient life with her mum Cate, never sticking in one place long enough to make friends.

Until one day, an accident changes everything. Cate is arrested and Tabby realises her life has been a lie: Cate is not her mother.

As she adjusts to her new life, Tabby finds herself drawn to the ocean - the only place she feels happy - and enrolls at a swimming summer school to help her heal.

But all is not as it seems. She and her new friends are cut off from the outside world and she's plagued by a repeating symbol of interlocking circles that follows her everywhere.

As Tabby begins to learn the truth about what the circles mean, and uncovers the terrible lies she's been told about her past, a final twist awaits her - a secret hidden in her DNA...

Read more »
Posted by Friendly Neighbourhood Bookseller at 15:00 No comments:

Good morning, all! Welcome to another wonderful week of #bookpost. Let's dive right in and see what we received this week; still mostly ebooks, but physical books are starting to creep back in too.

As always, click on the covers to be taken to Goodreads. Like last week, there's a bit of a theme coming through on these titles. Not Zombies, though!

This week we've added notes under a couple of the books, but we're looking forward to all of these!

Read more »
Posted by Barker and Jones Staff at 09:00 No comments:

Email ThisBlogThis!Share to TwitterShare to FacebookShare to Pinterest
Labels: #bookpost 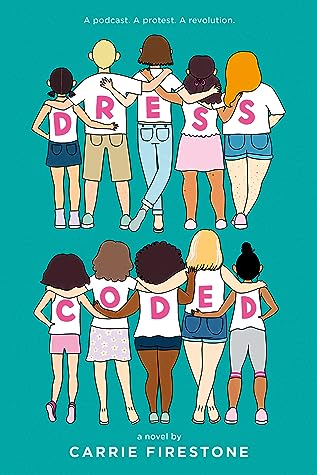 Molly Frost is FED UP...

Because Olivia was yelled at for wearing a tank top when she had to keep her sweatshirt wrapped around her waist.

Because Liza got dress coded and Molly didn't, even though they were wearing the exact same outfit.

Because when Jessica was pulled over by the principal and missed a math quiz, her teacher gave her an F.

Because it's impossible to find shorts that are longer than her fingertips.

Because girls' bodies are not a distraction.

Because middle school is hard enough.

And so Molly starts a podcast where girls can tell their stories, and soon her small rebellion swells into a revolution. Because now the girls are standing up for what's right, and they're not backing down.

Read more »
Posted by Barker and Jones Staff at 09:55 No comments:

Happy Sunday, guys! Hope you had a good week.

Read more »
Posted by Barker and Jones Staff at 10:00 No comments:

Email ThisBlogThis!Share to TwitterShare to FacebookShare to Pinterest
Labels: roundup

Wanted:
One (fake) boyfriend
Practically perfect in every way

Luc O'Donnell is tangentially--and reluctantly--famous. His rock star parents split when he was young, and the father he's never met spent the next twenty years cruising in and out of rehab. Now that his dad's making a comeback, Luc's back in the public eye, and one compromising photo is enough to ruin everything.

To clean up his image, Luc has to find a nice, normal relationship...and Oliver Blackwood is as nice and normal as they come. He's a barrister, an ethical vegetarian, and he's never inspired a moment of scandal in his life. In other words: perfect boyfriend material. Unfortunately apart from being gay, single, and really, really in need of a date for a big event, Luc and Oliver have nothing in common. So they strike a deal to be publicity-friendly (fake) boyfriends until the dust has settled. Then they can go their separate ways and pretend it never happened.

But the thing about fake-dating is that it can feel a lot like real-dating. And that's when you get used to someone. Start falling for them. Don't ever want to let them go.

Read more »
Posted by Barker and Jones Staff at 10:00 No comments:

The Princess will Save You by Sarah Henning

A PRINCESS
A STABLE BOY
A QUEST

When her father dies, Princess Amarande is given an ultimatum: Marry the leader of one of the four neighboring kingdoms, or lose her crown—and possibly her life. And to force her hand, her beloved, the stable boy Luca, is kidnapped.

But Amarande was raised to be a warrior, not a sacrifice.

And nothing will stop her from saving her true love and rescuing her kingdom.

The acclaimed author of Sea Witch turns the classic damsel-in-distress tale on its head with this story of adventure, identity, and love.

Read more »
Posted by Friendly Neighbourhood Bookseller at 15:00 No comments: