Hi guys! Stick Boy is a fantastic new MG novel that released this week, and we're so thrilled to be on the blog tour! Read on for an insight from the author, and if you're interested in our review you can find it here.

Stick’s world and the characters in it are all influenced by the places and people I know and love. Stick’s house looks just like the house that I grew up in – it even has the same number! When I imagined Little Town, I thought about all the best parts of places that I’ve really enjoyed being – the castle in Castle Woods is a real castle called Clodagh Castle near where we picked blackberries when we were kids, the town square is like Argyle Square near where I first lived in London, and the blocks of flats are like the ones near my friend Meg’s house in Folkestone. I wanted Stick’s world to be ordinary, but interesting – to have things in it that are familiar to most readers, but once you go inside turn out to be not quite what you expected.

When I was coming up with the characters, I liked imagining how they would sound – this helped me to give them their different personalities. So in my head Gretchen sounds like Ebenezer Scrooge and Stick’s mom sounds like my friend Lara and Baron Ben sounds a lot like a former US President with orange skin. The other thing I did when I was coming up with my characters was to use a thing called the Grizzly Bear Test. The test works like this: you put all of your characters in a room, and a Miss Grizzly Bear knocks on the door. How your characters react to the bear tells you something about them. So Stick would freeze, Nic would take a selfie, Ekam would probably pass a football to her and Milo would instantly come up with a sensible escape plan. This helped me to find out what makes the characters different to each other, so that they could all do different things in the story and work together to help solve the mystery. 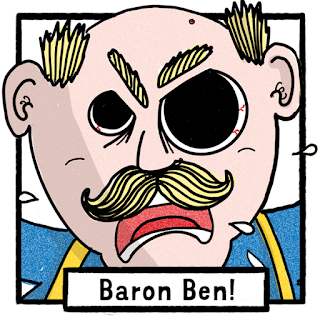 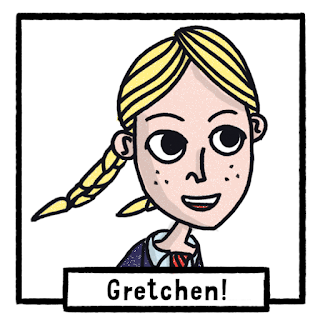 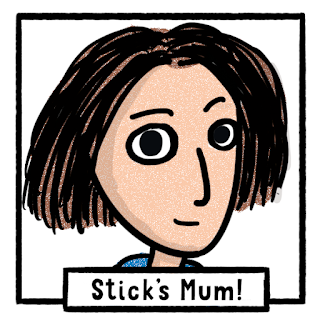 Thank you so much for sharing this with us, Paul! The book is fantastic and I can't wait to sell it to customers. Readers, don't forget to check out the other stops on the tour! Paul is covering all kinds of topics about the book and you don't want to miss any. 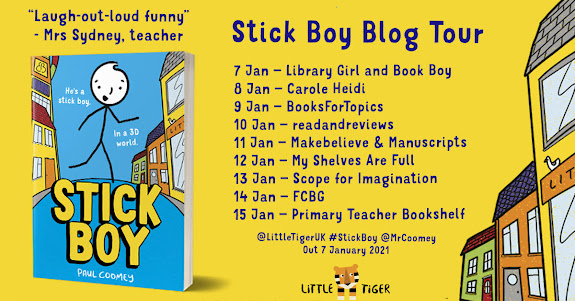 Posted by Friendly Neighbourhood Bookseller at 15:00